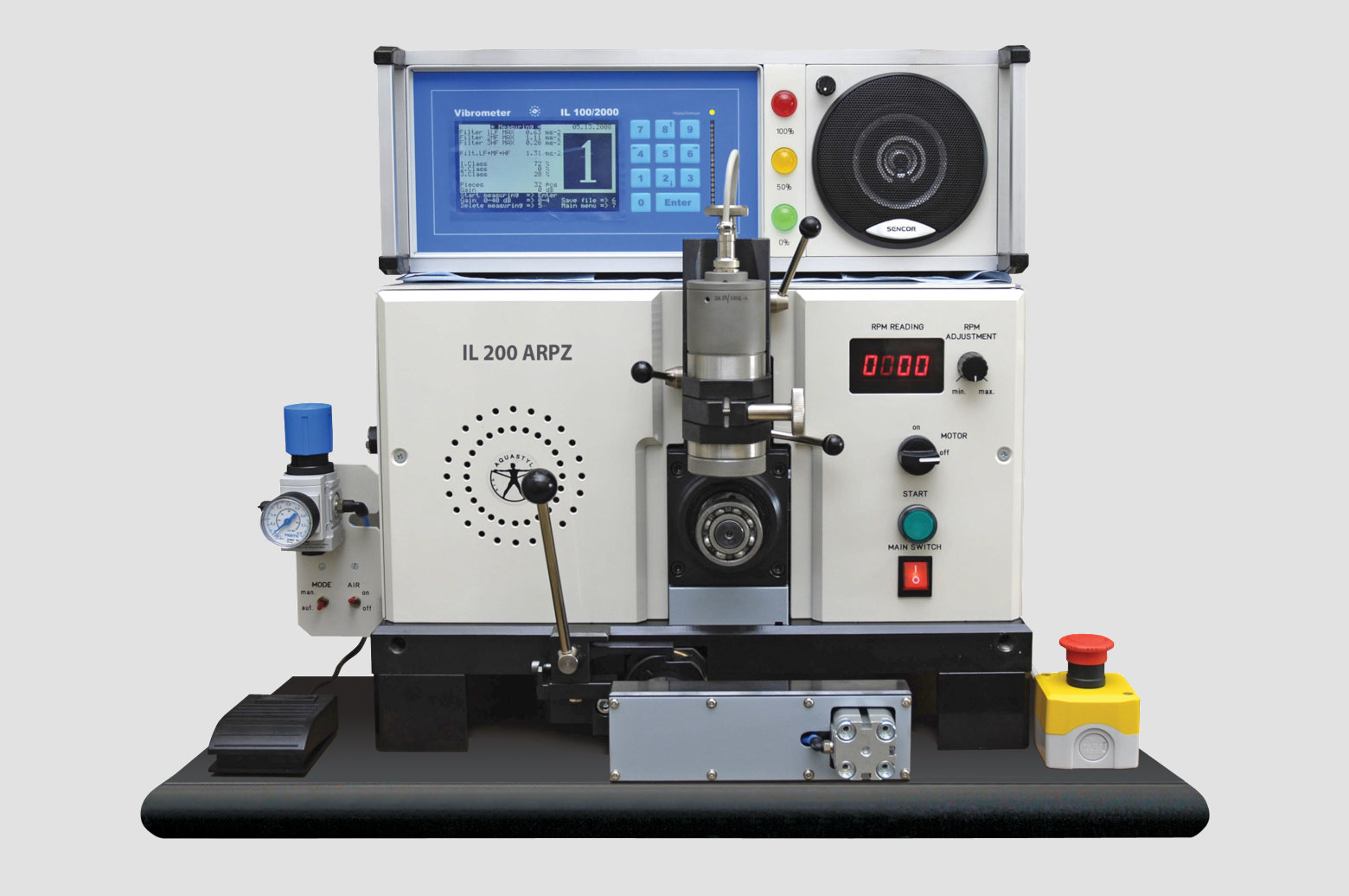 Device for measuring and evaluation of vibrations in rolling bearings with outer diameter up to 200 mm.

The devices are intended for measuring and evaluation of vibrations in rolling bearings. Thanks to its universal character the above measuring devices can be used in the production, laboratories and workshops. The electronic unit facilitates measurements both in the manual and automatic regime. The devices can be used in the industry where vibrations of rolling bearings are measured.

The electronic unit contains a loudspeaker box with a broad band loudspeaker which serves for accoustic monitoring of the measured signal in the whole frequency range from 50 to 10,000 Hz. The main part is the sensor head consists of a Brüel&Kjaer sensor with a conceptionally new arrangement. The sensor head also includes amplifying electronics which also serves as a radial load. The accessories consist of an axial loading equipment with holding-down discs and measuring plugs.